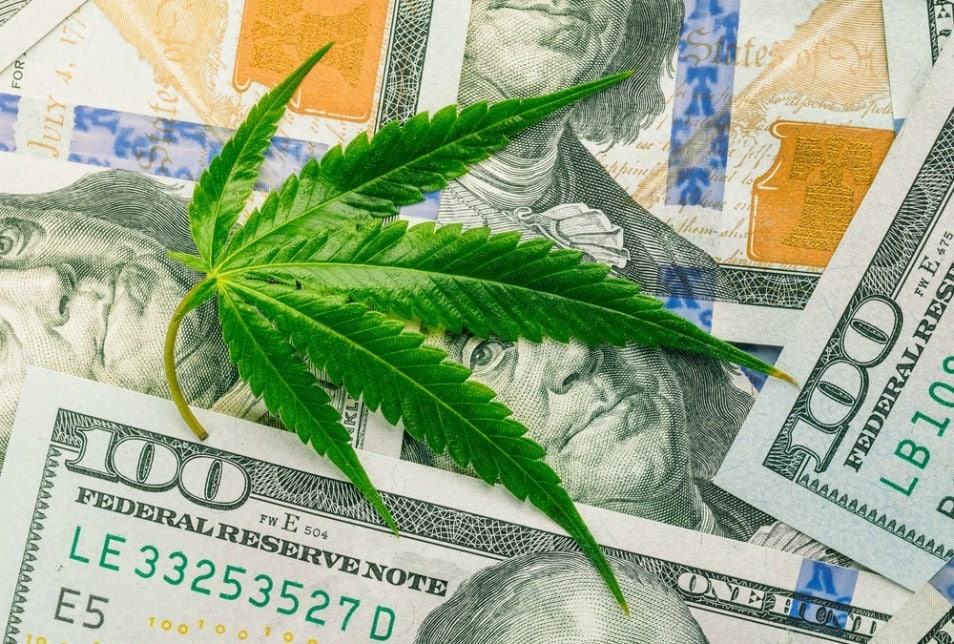 Marijuana. Cannabis. Weed. Bud. Whatever you want to call it, legal cannabis is the fastest growing industry in North America. In 2016 alone, North American marijuana sales grew by 30% to total $6.7 billion. That growth is faster than both cable television in the ’90s (19%) and broadband internet in the ’00s (29%). To put it mildly, the legal cannabis business is heading in a promising direction. But what exactly are the economic benefits of marijuana? How can cannabis legalization actually help the economy?

To answer that, let’s start with the most obvious economic benefit.

Due to prohibition, it’s hard to know precisely how much money can be made from regulating cannabis sales. But a Harvard economist estimates the marijuana trade to be worth about $113 billion annually. That translates to about $45 billion in taxes that the government is missing out on every year. Tax money can be put toward a variety of social and economic programs nationwide. Fortunately, more than seven states have pushed to legalize marijuana for recreation. And even more support its medicinal uses. Meaning, there’s plenty of data coming to light that reveals legal cannabis’s impact on state tax revenue. So let’s look at Colorado. Within the first 10 months of 2016, marijuana businesses in Colorado made roughly $1.1 billion in legal cannabis sales. That translates to more than $150 million in tax revenue for the state–just between January and October alone! That’s crazy! Especially when you consider that Colorado voted to legalize recreational use in 2012. Which means that before 2012, this extra cash flow simply didn’t exist in the state. And with Colorado’s excise tax, nearly $50 million of that money went straight to school construction projects throughout the state. By contrast, in states where marijuana is illegal, all money made on its sale goes to…well, we can’t really know. But since it’s completely untaxed and unregulated, we can be sure it’s not going to governmental programs or building schools.

The so-called “war on drugs” costs the United States $25 billion dollars every year. That breaks down to $793 every second! See, that’s the thing about prohibition: it costs money to enforce. Meanwhile, cannabis legalization could save the government (and taxpayers) big bucks. Roughly $8.7 billion per year can be saved on enforcement and prosecution spending alone. But the savings don’t stop there. States that legalized medical marijuana saw their annual prescription overdose fatalities decrease by 25% on average. That’s right, legalization can actually help save lives. From an economic perspective, each prescription overdose fatality costs taxpayers $3,000. This is due to the costs of the investigation, autopsy, testing, transportation, and clerical work. That doesn’t even touch the personal financial burden of funerary expenses or the emotional toll of losing someone you love to drugs. That’s why cannabis legalization is a homerun. It means more people saved, better allocation of taxpayer money, and the police focusing on more pressing crime beats. Which is a big deal when you consider that a marijuana possession arrest happened every 51 seconds in 2014. Or look at it another way. In 2015, there were more arrests for possessing small amounts of marijuana than there were for all violent crimes combined. Pretty skewed statistics, don’t you think?

Which brings us to another huge economic benefit of cannabis legalization.

Mass incarceration is a huge problem in the United States. Since 1970, the US prison population has gone up 700%. Outpacing both population growth and crime rates over the same period. There are a lot of factors that play into the explosion of prison populations. One of the big ones is mandatory minimum sentencing laws. They became popular nationwide thanks to the drug war, and continue to put a tremendous number of petty criminals behind bars every year. One in four people in prison for a cannabis offense (approximately 6,600 people) is considered a low-level offender. Yet an estimated $4 billion is spent every year to arrest, prosecute, and jail marijuana offenders. Excessive spending doesn’t make economic sense. And these arrests have lasting impacts far beyond just wasting taxpayer money. Criminal records last. As Americans complete their possession sentences and return to society, it can be nearly impossible to find a job willing to hire an ex-convict. Cannabis legalization can help. One, by not putting petty offenders behind bars in the first place. And two, by removing the stigma of cannabis consumption. Making it easier for Americans with a marijuana-related criminal record to find jobs. And if cannabis offenders can get hired, they can more successfully readjust to being productive members of society.

But while we’re on the subject of employment.

In 2015, the cannabis industry created just over 18,000 full-time jobs in Colorado alone. That number includes positions directly related to the marijuana biz. Like jobs working in dispensaries, cultivating plants, and manufacturing cannabis-infused products. But cannabis legalization also boosts employment in other industries. Think about it: marijuana has to be grown, processed, packaged and sold. That’s a lot of work. Far more than a single, newbie grow house can handle. Which means more jobs for cannabis-related service providers and vendors. Like:

The verdict is in: cannabis legalization lights up the economy (in more ways than one). It makes money, saves money, creates jobs, and empties jails. I mean, what more could you want? And as more states move to legalize, we look forward to even more studies and data to illuminate the other benefits of legalization. Until then though, cannabis science has come a long way. Check out how scientists identified the gene responsible for marijuana flavor. But if you’re still not sure about getting involved in the cannabis industry, we can help. Contact us with your questions, so you can jump into the booming cannabis business as soon as possible.