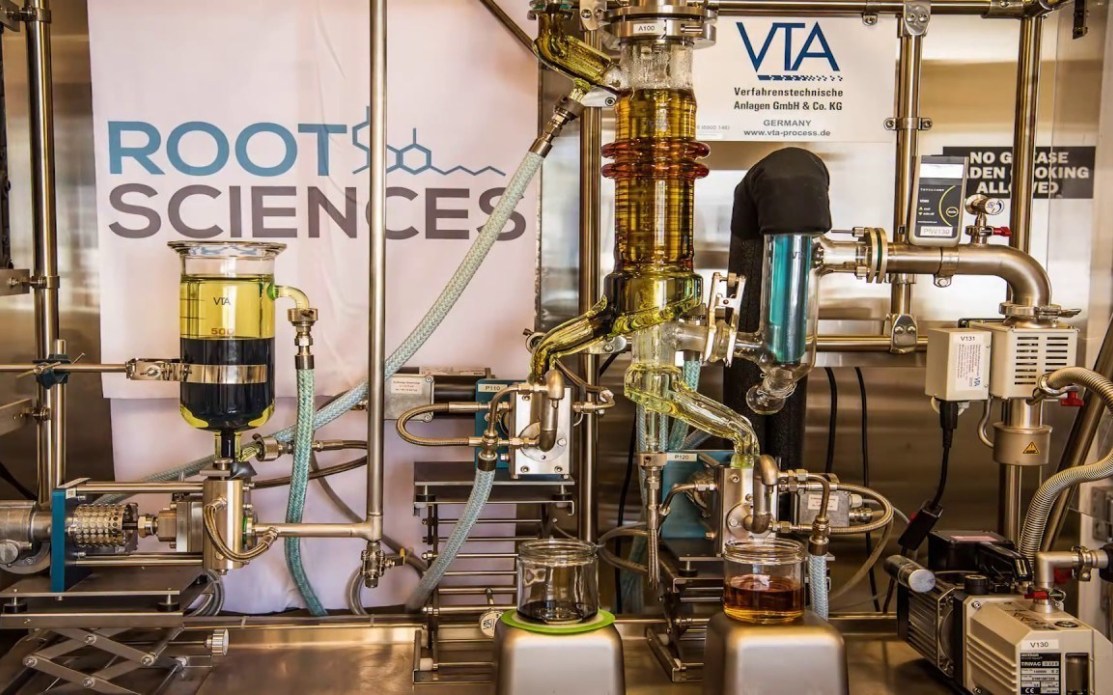 The marijuana industry is fast becoming more mainstream in the United States. Medical legalization has spread to include 28 states as of March 2017. More are in the forecast for approval before the end of the year. Currently, the cannabis industry is worth close to five billion dollars. As the cannabis industry unfolds, it is expected to employ more people in the United States than in the manufacturing industry. Experts estimate this number to reach 300,000, by 2020. At the forefront of this growing industry, is the development of extraction and distillation technologies. Our experts at Root Sciences share what you need to know about cannabis distillation.

THE COMPETITIVE AND CHANGING LANDSCAPE OF CANNABIS PRODUCTION:

Insiders must work to stay ahead of the widening competition pool as the industry continues to grow. The goal to produce the purest possible concentrate ranks highly among processors. Over the last two decades, conversion has relied on common methods of extraction. The concentrated form is then used for specific purposes, depending on the patient and/or recreational user.

Cory Balma of Root Sciences is also a technician for Suspended Brands (Bare Concentrates), a Washington-based i502 producer/processor.
He has uncovered the secret to the purest forms of cannabis. It is not the practiced method of extraction that many assume. Instead, Balma has discovered the cutting edge of cannabis production. Special distillation equipment makes it possible to manufacture the clearest concentrates possible.

Typical extraction methods use solvents, such as butane, propane, CO2, and alcohol. These derive potent concentrates from the cannabis plant. Concentrates of cannabinoids such as THC and CBD are extracted from the cannabis plant during this process. Extraction produces a refined product. The refined product has a far greater purity level than the 15-25% of THC that is often found in the average flower.

The resulting concentrate is cleaner and clearer than anything ever used before.

Industry leaders have created an innovative distillation system that will not reduce quality. Although it maintains the desired effects, it removes unwanted residue. Until now, extraction methods have left this residue behind. Root Sciences Short Path Distillation apparatus is a Wiped Film Evaporator that can process up to 1500ml per hour of BHO or CO2 oil. This process turns the oil into a high-value clear THC distillate.

This innovative distillation equipment has brought new excitement to the cannabis industry. The ability to produce high concentrations of THC allows consumers the best experience possible. The short path distillation equipment is quick and easy to use. Its automated system provides high concentrations of THC and CBD. This equipment is groundbreaking in nature. It has gained popularity among a wide audience within the cannabis industry.

Research supports various uses for concentrated THC oil. Many recreational users have appreciated THC for years. However, there is a renewed growing interest in its healing properties among the medical community.

CONCLUSION: WHY CONSUMERS WILL AGREE ON THE BENEFITS OF DISTILLATION

The short path distillation unit is a new and unique way of extracting the most concentrated levels ever available to consumers. Its cutting-edge technology provides a way of delivering the greatest results possible. The equipment’s designers are part of the industry’s leading forces, providing professional support, expertise, and education to customers. THC is no longer appealing only to the recreational user. Now, physicians, patients, and their families are hopeful because of discoveries regarding THC. More and more people are showing an interest in the possibilities surrounding THC and physicians and scientists have found that THC has a variety of uses and their discoveries illustrate the untapped potential of THC.

With the equipment created by Root Sciences, featuring a continuous feed fully-jacketed system, consumers are finding a method that is easy to use and accessible to everyone. The cannabis industry is a strong force in tomorrow’s economy. Reports show that the industry will continue providing more revenue and jobs. Cannabis distillation gives us a glimpse into the industry’s future. This equipment provides an efficient and productive way to derive cannabis’s most beneficial properties. It offers those in the cannabis business a better way of providing their product to consumers.

To find out more about how this revolutionary breakthrough can benefit you, contact us!

What are the main differences between the VKL 70-5 and VKL 75 cannabis distillation equipment?